Before the /5 series, BMW had a reputation for producing expensive and idiosyncratic touring motorcycles. But the /5 changed that. Although still expensive, the market was opened to a new world of riders, and during the 1970s the air-cooled boxer evolved into the ground-breaking R90S and R100RS. These were amongst the first motorcycles with factory-fitted fairings and they also offered class-leading performance. Even when BMW decided to discontinue the twins in favour of the new four-cylinder K-series in 1984, demand for the older boxers forced BMW to reconsider. The boxer was resurrected and continued for more than a decade. 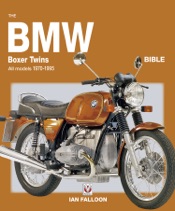